Serving the State of Texas since 1982 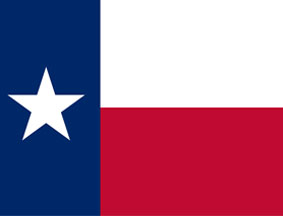 J.B. started out primarily in life insurance with Southwestern Life in 1982 and shortly after became a career agent for Mass Mutual in Fort Worth. In 1991 J.B. earned the professional designation of Chartered Life Underwriter.  In 1994 he expanded his career to include health insurance and employee benefits.

Lori started working with J.B. from home in 1994 doing bookkeeping and presentations. In 1998 she began working in the office part time, which turned into a full time position rather quickly.

As residents of Weatherford they decided to conduct their business in Weatherford as well. In October of 2001 they opened J.B. Gross Insurance at The Santa Fe Professional Building. Lori got her license in 2002 to assist J.B. with the sales process. She specializes in individual and family health plans. Lori’s “never say never” attitude has helped place many clients who thought they had no options for coverage.

In 2004 they knew Weatherford would be the permanent home for J.B. Gross Insurance and purchased a lot at 1703 Santa Fe Drive. In May of 2006 construction began and they moved into their new office in October of 2006.

Although J.B. Gross Insurance is located in Weatherford, they provide sales and service throughout the state of Texas.

J.B. & Lori are both members of NAHU (National Association of Health Underwriters) including the local and state chapters. The links to these associations are on this website.

The JB Gross Insurance Agency is a special place ...